We all know that our body needs sleep to repair and replenish, but what happens when our bodies are chronically sleep deprived without us even knowing?

A sleep study in 2012 showed that nearly 30% of adults worldwide are sleep deprived.

But what does being sleep deprived mean exactly, and is it really as bad for our health as some journals and news outlets report?

WHAT DOES SLEEP DEPRIVATION MEAN?

Whilst it’s pretty normal to suffer from the odd bad night’s sleep, if you’re regularly finding yourself in a state of fatigue during waking hours your quality of sleep may be poor even if you’re catching your full 6-8 recommended hours.

Chronic sleep deprivation however is a little different.

If you’re routinely skipping a few hours’ sleep to catch up on studies or work or are suffering with insomnia, there’s a good chance you’re suffering with chronic sleep deprivation, a more severe form.

WHAT ARE THE SIDE EFFECTS OF NOT SLEEPING ENOUGH?

Did you know that just missing 1-2 hours of sleep negatively affects mood, attention span and cognitive ability the following day?

In today’s society we’re all very eager to believe that working one more hour and losing out on sleep will make us more productive, but in reality, it’s likely to have the opposite effect.

Sleep, according to the UK Sleep Council, ‘is not a passive process’. Our bodies physically need sleep to restore our cells, tissues and even get rid of toxins.

The side effects of not sleeping enough can be fairly serious. From poor cognitive function, increased inflammation to reduced immune function.

If sleep deprivation continues, it may increase our risk of contracting serious chronic diseases by up to 29%.

These are the major sleep deprivation signs and symptoms to watch out for on a weekly basis.

These are the tell-tale signs you’re suffering with sleep deprivation without even realizing it.

1. YOU’RE HUNGRY ALL THE TIME.

Your brain needs energy all the time to function and what better way to find that energy than food.

Energy that would normally come from a session of restorative sleep has to be replaced somehow.

However, when you’re sleep deprived your body often has hormonal imbalances; namely you will produce more of the ghrelin hormone, the hormone that makes you feel hunger and less of the hormone that keeps you feeling full, leptin.

The result? You crave more of certain food types (and you can bet they’re absolutely not broccoli and carrots!).

This dangerous combination of eating unhealthier foods and your body releasing more of the hunger hormone leads to the next sign of sleep deprivation; weight gain.

2. YOU’RE PACKING ON THE POUNDS.

With a lack of sleep comes a natural decrease in our metabolic rate, meaning we are burning less calories and consuming less energy day to day.

Accompanied with the increase in hunger as I’ve already noted, rapid weight gain is a common symptom amongst those who are sleep deprived.

Plus, when we’re sleep deprived it’s common to take on a more careless approach to food choices, leading to unhealthier, fast food options.

Put all these factors together and you’re more like to pack on the pounds.

Related: How I Lost 15 Pounds in One Month Without Exercise

One of the most obvious sleep deprivation signs, daytime sleepiness or fatigue is not to be ignored.

Yawning and feeling like your head is heavy and foggy is a major sign that your sleep quality is poor.

Even if you’re getting your recommended 6-8 hours of sleep, poor sleep can lead to poor concentration, poor memory and even bad decision making.

In fact, poor sleep has been linked with people making on average 7 bad decisions every day that makes their financial situation worse in the long run.

If you find yourself inexplicably on edge throughout the day, there’s a good chance you’re not getting enough sleep.

Irritability is a key sign of sleep deprivation. If the slightest thing seems to bother you (when it normally wouldn’t), chances are you haven’t had a personality change, but rather your brain is running on empty.

Sleep is the like fuel for the brain; it needs an adequate amount to function properly.

Depression and poor sleep occur so commonly together that researchers aren’t sure if one is causing the other, or if they’re just associated. Yes, really.

It’s estimated around 60-95% of people who suffer with depression also have a sleeping problem and are chronically sleep deprived.

If you’ve been feeling much lower than usual for an extended period of time, it might be worth keeping a sleep cycle tracker or sleep journal to make sure you’re getting the right amount of sleep each night.

6. YOU HAVE DIFFICULT WAKING.

If you can barely open your eyes and repeatedly hit the snooze button each morning (and don’t hate your job…), you likely didn’t just have one bad night’s sleep but rather your body is suffering from an ongoing sleep debt.

If your body doesn’t catch up on those lost hours of sleep, you’re more likely to feel worse as the days, or rather early mornings, roll by.

You’ll also want to make sure you’re ONLY waking during a natural end to one of your sleep cycles as being abruptly woken up during the middle of one by an annoying alarm can make you feel 10x worse during the day…more on that below.

7. YOUR REACTION TIMES ARE SLOWER.

You’ve seen the Hollywood movies…the spilt coffee, the smashed mug, the frazzled hair, well there’s some truth to that.

Sleep deprivation actually makes our response times a lot slower, almost as slow as being drunk believe it or not.

It’s why, on average, 2900 people die on American roads every year. Sleep deprivation really can kill (and not just ourselves either).

Struggling to recall people’s names or simple facts? Chances are you need to hit the sack a little longer each night. Poor concentration and memory is closely linked to sleep deprivation.

So the next time you’re tempted to pull an all-nighter to study or worth through that important presentation, you’re doing yourself no favours.

The brain actually retains facts better once it’s had time to process the information through sleep.

9. YOU HAVE A LOW TOLERANCE FOR MINOR TROUBLES

If you’re unable to deal with what most people would call minor, run-of-the-mill annoyances, that’s a tell-tale sign you’re sleep deprived.

When we haven’t got enough sleep, the slightest thing that goes wrong will feel like the world is ending.

When you’re in this state of fatigue it’s best to leave whatever you were doing to another day; no amount of worry or self-inflicted stress is going to fix it.

Tiredness causes impulsiveness, no doubt about it.

One of the classic signs of sleep deprivation, you’re more likely to reach for that bagel, make that snide remark, splurge on that sweater. All thanks to a lack of sleep.

Find yourself looking at risk differently? It could be because you’re sleep deprived.

A recent study showed that both men and women approach making a decision that’s considered risky very differently when suffering from a lack of sleep.

It was discovered that the area in the brain associated with risk taking, the pre frontal cortex, is highly impacted with a loss of sleep.

Men were found to be twice as likely to make riskier decisions when sleep deprived than women, especially when it came to money.

Whereas women were found to be warier and more cautious around making such decisions when sleep deprived.

12. YOUR EMOTIONS ARE OUT OF CONTROL.

A study by the University of California, Berkeley, found that sleep deprivation makes keeping our emotions under control much harder than if we were well rested.

It was found that the area of the brain that regulates our emotions is dampened when we’re suffering from a lack of sleep.

So, if you find yourself crying, throwing a tantrum or feeling full of anxiety at the drop of a hat, chances are you haven’t been catching enough ZZZ’s recently.

A further sleep study conducted in 2015 in Sleep Medicine also found that females were 3 times more likely to be affected by these emotional changes than men.

13. YOU ARE FREQUENTLY SICK.

One of the scarier symptoms of sleep deprivation is a weakened immune system.

A 2010 research study found that a lack of just 2-3 hours sleep a week led to the body being more vulnerable to metabolic changes, hormone fluctuations and infections.

Adequate sleep is vital for the body’s key metabolic functions.

HOW MANY HOURS SHOULD I BE SLEEPING TO AVOID SLEEP DEPRIVATION?

Whilst you may have heard that 6-8 hours of sleep is optimal, it actually entirely depends on what time you went to bed.

Here’s why; in order to restore and regenerate, every night our bodies go through sleep REM cycles.

These cycles usually last 90 minutes each, and ideally you’ll want to have 6-9 of them each night.

So, the trick with this isn’t to track how many hours you sleep, but rather how many 90-minute REM cycles you go through.

For example, let’s say you want to wake up at 6am, you’ll want to go to sleep either at 9pm or 10:30pm as that allows for the right amount of sleep cycles. You can do this exercise with any time.

This way you can set an alarm for 6am knowing that you’re getting the optimum amount of sleep.

Once you are well equipped with the right natural sleep remedies and night-time routine, those bags under your eyes will be a thing of the past.

The mental, physical and emotional rewards of taking control of your sleeping patterns are remarkable once you’ve made some tiny modifications to your everyday life. 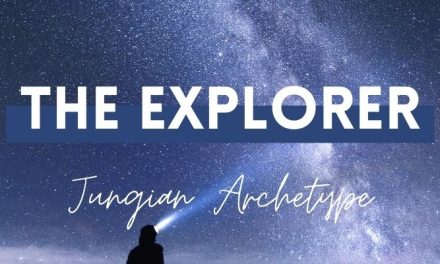 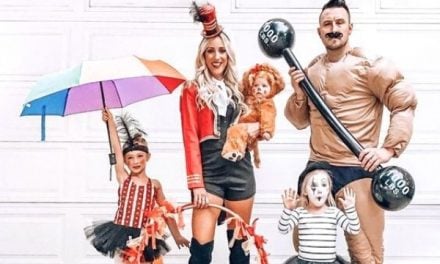 14 Creative Family Halloween Costumes That Are Too Cute For Words 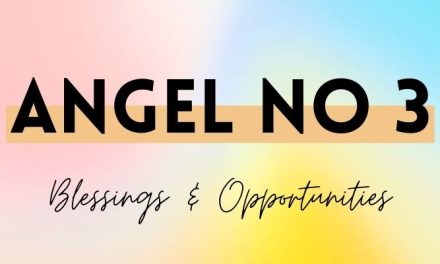 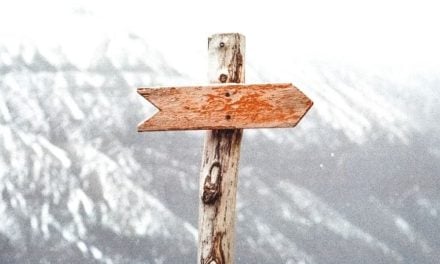 9 Major Signs The Law Of Attraction Is Working For You