Love him or loathe him, there’s one thing nobody can dispute; Gordon Ramsay knows how to cook. From effortlessly peeling a kiwi to quickly grating cheese, we’ve rounded up 12 of Gordon Ramsey’s best cooking tips from Masterchef episodes so you can become a ‘master chef’ in your own kitchen.

1. The Proper Way to Chop Herbs

So bruising herbs is a thing, and is a common mistake home chefs make when cooking explains Gordon Ramsay.

You can tell if you’ve bruised an herb when you try to scrape them off the cutting board only to leave behind a huge green mess.

You’re effectively, he says, ”leaving the essence of the herb on the cutting board instead of inside of the herb where it can transfer to your food.”

Best way to chop herbs? Gather them into a bunch, roll them together and with a sharp knife, chop down the line. Make sure to only go over the bunch once rather than hack it to pieces.

This handy little tip went viral after Ramsey first aired it on an early episode of Masterchef. To prevent eggs from overcooking after being taken of heat, add some cold crème fraiche to them.

This not only helps to cool them quickly but it adds an additional creamy flavor to them. Delicious.

Most of us add potatoes to boiling hot water to speed up the cooking process, but Ramsay says that’s a mistake.

You actually want to add potatoes to cold water and let it heat up naturally. This way, when the center of the potato is cooking, the outside won’t be falling apart.

4. And When You Mash Them, Keep their Skins on and Peel whilst Hot

“The secret behind making a great mash for me personally,” says Ramsay, “is keeping the skins on. The skins protect the potatoes; therefore, it doesn’t absorb all that water.”

The next time you’re making mashed potatoes, do like Ramsey does and peel them after they’re cooked to prevent a soggy, watery mash.

5. Adjust the Coarseness of your Pepper

You can adjust the coarseness of your pepper by loosening or tightening the nut at the top of your pepper mill. This might seem like a no brainer to some, but it’s surprising how many people don’t know this little tip.

Coarse black pepper is best for dishes that include steak where you want a crunchy, bolder flavor, whilst finely ground pepper is better for sauces, soups, and chillis where you want to add a little spice to the flavour profile without going overboard.

6. Want more Juice out of your Lemons? Roll them on the Counters First

Honestly, we’re wondering why we didn’t think of this before. It makes so much sense. Rolling your lemons on a counter helps to break down its citrusy fibers so you can easily collect the juice afterwards.

This little trick also works with limes, which are considerably more difficult to juice.

7. When Mincing Garlic, add a Dash of Salt to your Chopping Board

Salt in this instance acts as an abrasive and as Ramsay says, ‘’helps to break down the garlic’s fibers’’. This works wonders when you want to chop the garlic finely or puree it for sauces, soups or stews.

8. Stick your Cheese in the Freezer for 10 Minutes Before Grating

If you’ve ever watched an episode of Kitchen Nightmares, you’ll know that Ramsay hates frozen food, but in this case, a freezer can be useful in helping you to grate cheese without crushing it.

Popping it in the freezer for 10 minutes hardens up the cheese making it much easier to grate.

This works especially well if you’re working with a softer, crumbly cheese like Gorgonzola, Mozzarella or Worcester cheese.

9. Peel a Kiwi the Effortless Way

Ever had trouble peeling a kiwi? Cut one in half, and using a spoon, run it between the skin and the flesh to easily separate it.

For great tasting hash browns, Ramsay grates both the potatoes and the onions together for an extra-crispy, flavor-packed mixture.

He goes on to say it’s crucial to squeeze as much water out of the mix as possible to prevent a soggy mess and to achieve a crisp end texture. Ramsay uses both olive oil and butter to deliver that golden brown sear. Plus, this adds an extra creamy flavor.

Wondering how to flip them? Use the plate trick. Simply place a large dinner plate over the pan, then turn it over. To cook the unseared side of the hash browns, slide them off the plate and back into the pan.

According to Ramsay, the easiest (and cleanest) way to cut a red pepper is to chop the stem off, set the pepper upside down on the cutting board, and then slice in thin vertical lines down the side of the pepper.

This results in super flat, even pieces of red pepper which you can chop finer if desired.

Bonus: this method keeps all of the seeds inside the pepper rather than splashed across your kitchen counter.

21 of the Tastiest Yeastless Bread Recipes

Know someone who could benefit from this post? We would be SO happy if you shared it. Thank you. 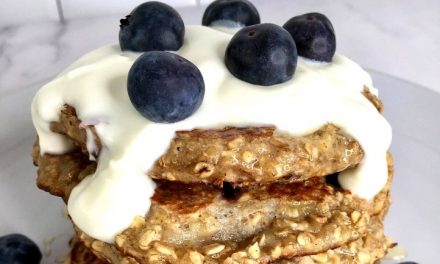 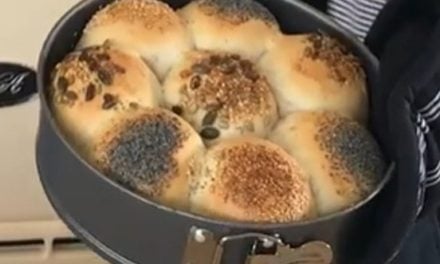 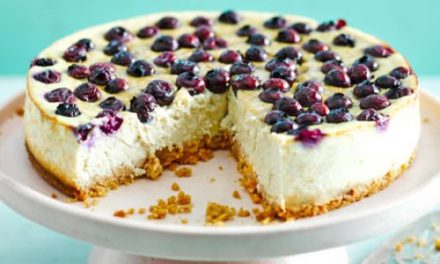 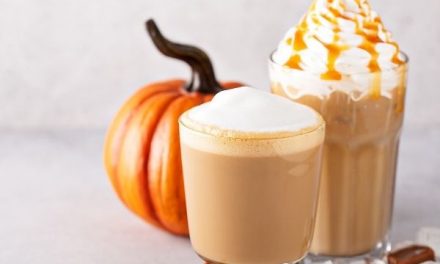